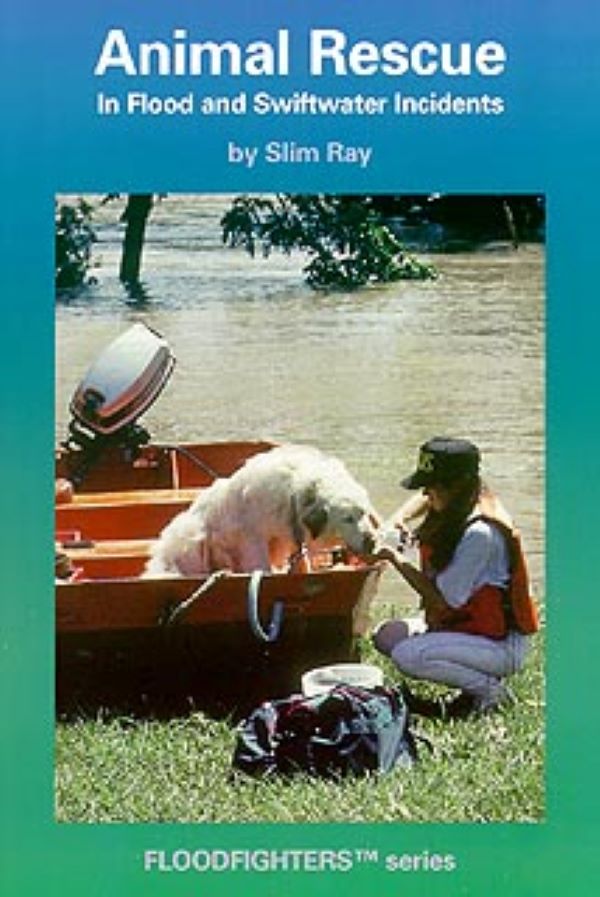 CFS Press announces the latest book by Slim Ray — Animal Rescue in Flood and Swiftwater Incidents. This covers an often overlooked aspect of flood and swiftwater rescue; the rescue of non-human victims.

From the Introduction:
Why animal rescue?
To some people this will seem obvious, but if you are firefighter or other emergency services worker, it may not. “We got better things to do than rescue grandma’s cat,” if the often heard refrain. However, the public knows that firefighters do two things–put out fires and rescue cats from trees. So animal rescue is part of the job, at least in the public’s mind, whether we like it or not.

Consider:
• Approximately 50% of all U.S. households have a pet of some kind.
• Livestock losses in floods can often be measure in millions of dollars. While pet drownings are fairly rare, large numbers of cattle have perished in floods.