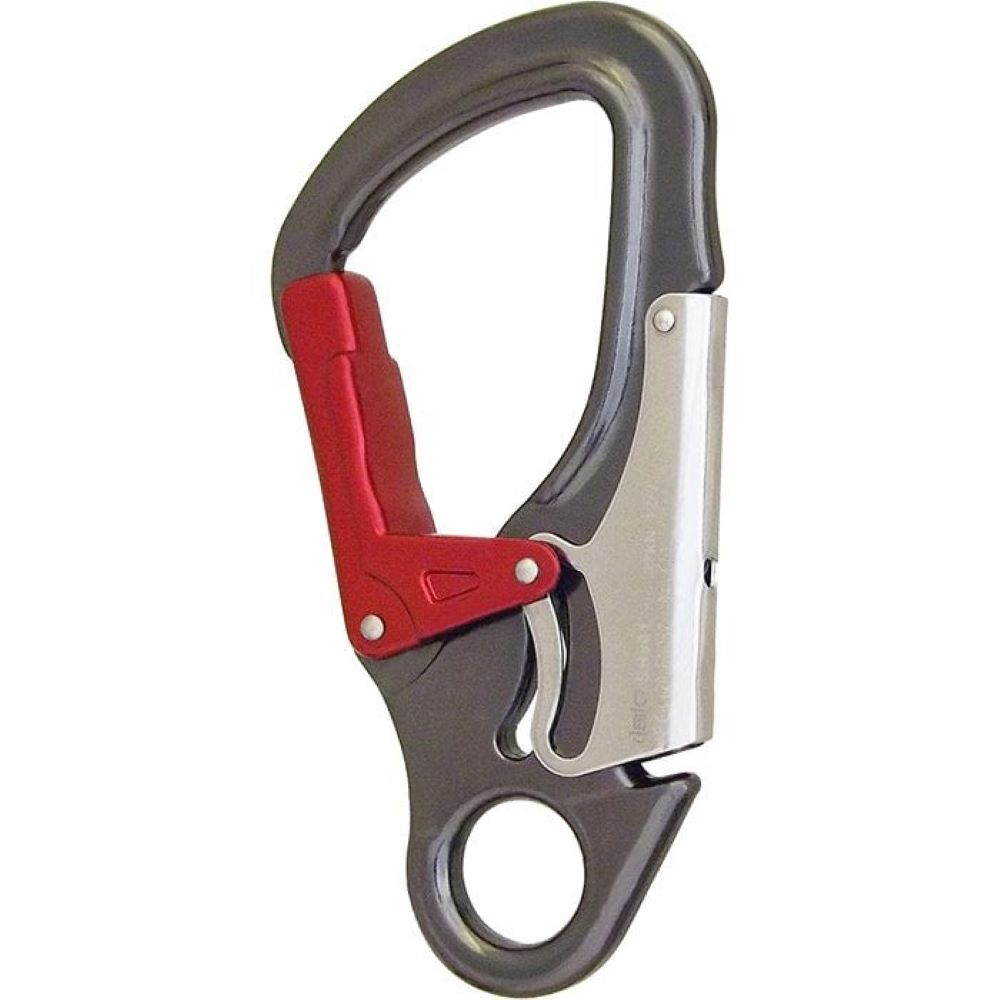 An aluminum snaphook that requires two motions to activate the gate.  Most often used on lanyards and fliplines.

The forged aluminum, two-stage snaphook features a 2 step opening process that requires the user to squeeze the lever on the back before being able to engage the front gate.

Aluminum construction and a triple action gate provides an increased level of security for work at height.