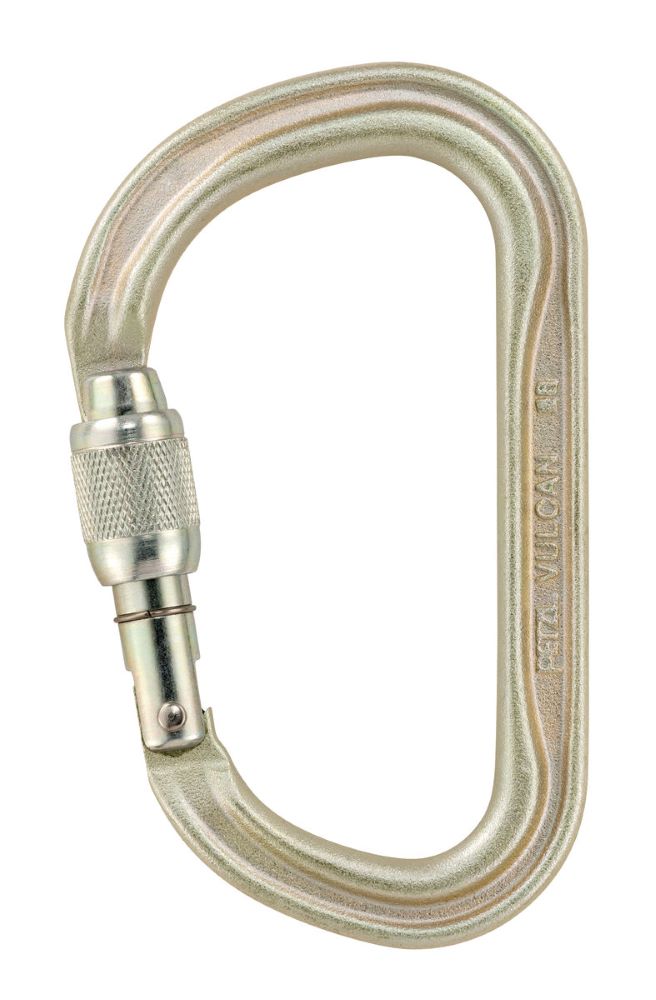 VULCAN is a high-strength steel carabiner designed for use in difficult environments. The large-capacity asymmetrical shape is ideal for setting multiple anchors. The VULCAN carabiner is available in two locking systems: automatic TRIACT-LOCK system or manual SCREW-LOCK system. VULCAN TRIACT-LOCK is available in European or international versions. VULCAN can be connected to the CAPTIV bar to favor positioning of the carabiner along the major axis, to limit the risk of it flipping and to keep it integrated with the device.